If we go by the usual statistics, the chances of women getting pregnant through the IUI procedure are less if only 1-2 cycles are considered. This percentage may be around 10 to 20! When these cycles increase, the chances of getting pregnant also increase. In most cases, the difficulty in conceiving for the first time remains lower because of the reception capability of the females undergoing the treatment.

If the fitness of the female uterine system is completely alright and the sperm injected is also healthy then there are also nil chances of the process being an unsuccessful one. But in case, there is some complexity with the reproductive system of the female or the sperm turns out to be unhealthy, then it needs some more cycles to deliver successful results. 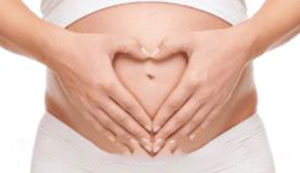 Intrauterine insemination or IUI is generally carried out as a fertility treatment for those infertile couples where mostly the male partners are unable to produce healthy sperms or face erectile dysfunction. It is the procedure through which specially washed semen is transferred to the women’s uterus directly via some kind of suitable catheters to facilitate further reproductive cycle which leads to successful childbirth of the woman.

The IUI Procedure is generally a less complicated fertility treatment as compared to the other IVF treatments for pregnancy available for the same and thus, it is very popular amongst the infertile couples who intend to have their child through in vitro fertilization procedure.

Generally, healthy sperms are chosen by the fertility experts for carrying out the IUI Process so that it goes on to become a successful one. As the chances of an unsuccessful pregnancy already lie in such cases where infertility amongst the couples is concerned, it is better to not take such uncalculated risks and only choose the healthy sperms to carry out this process.

It is one of the most preferred IVF solutions for couples who want to undergo fertility treatments for having a child of their own. At times, this is also carried out in surrogate mothers, if the female partner is infertile. Then the semen from the male partner is conserved and used to fertilize the gametes of the surrogate mother via the intrauterine insemination process.

Also, tracking the ovulatory cycle of the females is very necessary for carrying out the intrauterine insemination treatment. If the semen is not injected during the time of ovulation then it is more likely that the successful conceiving would not take place. Thus, both ovulatory phase tracking and IUI Success Rate Calculator are important when you opt for this fertility treatment to have a child of your own.

Most infertile couples shy away from getting female infertility treatments done because they think these treatments are highly costly and may need a huge amount of money to be executed successfully. 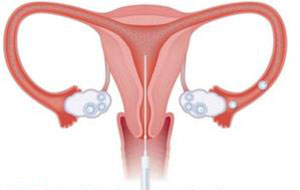 While it is partially true, it is not entirely correct to believe in this notion. Most fertility and IVF treatments are not too costly for an average person to bear and some often are even very budget-friendly as well. So, firstly there is nothing to worry about regarding the cost of most of the IVF treatments Meerut.

And secondly, if you are willing to take the IUI treatment for your infertility issues, in India it costs very little and is too affordable. The minimum cots can include around 3 thousand to 5 thousand repress per cycle of treatment.

In most cases, the IUI Pregnancy goes on to become a successful one in giving birth to a child. There are several infertility treatment options available these days to assist infertile couples so that they can have their child.

If we talk about the various causes and reasons behind infertility we cannot conclude as to what exactly caused infertility in an individual. But the common perceptions of reasons for infertility include leading an unhealthy lifestyle, prior infections in the reproductive organs or reproductive system, other clinical conditions birth defects, etc.

Those who are born infertile have lesser chances to inverse infertility with medical and surgical treatment while those who acquire the disorder during their lifetime can be treated if timely actions are taken.

Also, if at all, these treatments fail to treat the infertile couples, then the option to have a child through IVF procedures is always open to these couples which are easy to execute. IUI or intrauterine insemination is one such method where childbirth is facilitated through the non-biological procedure and thus very effective for infertile couples to have their child!